The first is of castings I made from your Traditional Toy Soldier set at the rear, with a couple of Scotties I made in metal moulds with lead I pinched off bomb sites in 1947. I was a newspaper boy at the time and the newaget sold them for 5 bob a dozen as boxed sets and gave me half a crown.
My first venture into the commercial world!
The second picture I've titled 'Closing time at the Red Lion'.
Incidentally my grandsons were thrilled with our toy soldier making at the weekend. 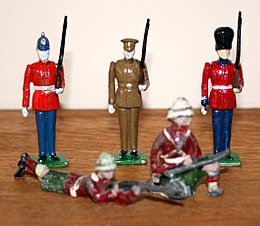 'Closing time at the Red Lion' 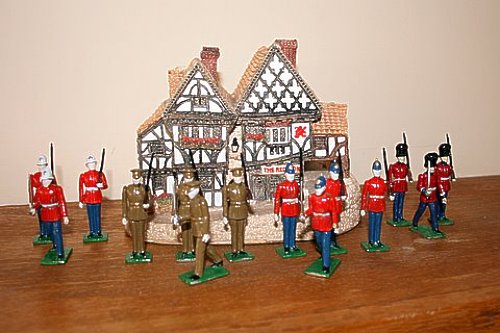