My first PA mould was "Men of The City" from the Fantasy range; that was waaay back in my teens. I've always enjoyed fiddling around with toy soldiers, although my smaller ones are now of the plastic variety for the Bolt Action game.

The thing I most enjoy about my Prince August moulds is that they allow me the opportunity to tinker - to convert/customise, and get my toy soldiers how I want them to be - without the expensive exercise of sawing up commercially produced castings. And I occasionally have a dabble at mould-making... usually without much degree of success.

On the horizon are more characters from the Sharpe series, and although I succumbed to having a blond (Sean Bean) character for the lead, I'm feeling more inclined to interpret my own versions from the series of Novels. I should be getting on with the red-coated element of the light company, it's just sawing off "wings" from the musicians that's holding me back.

Very much looking forward to more figures/moulds in the future. I'm particularly impressed with The Great Powers series, and some of those will be on the cards when I next feel like something different. 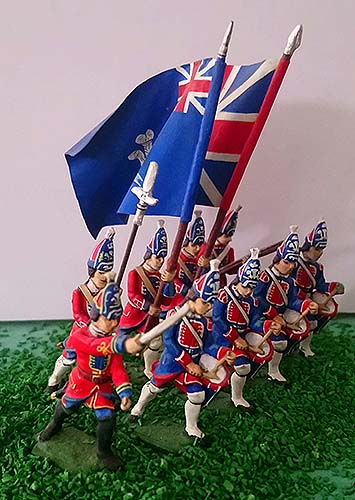 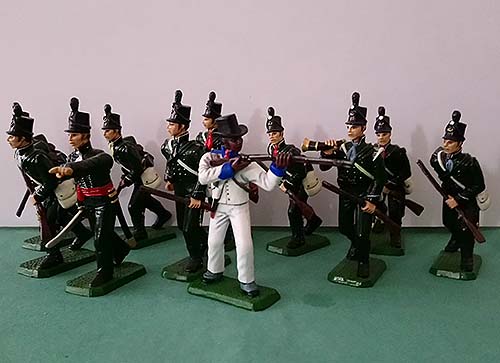 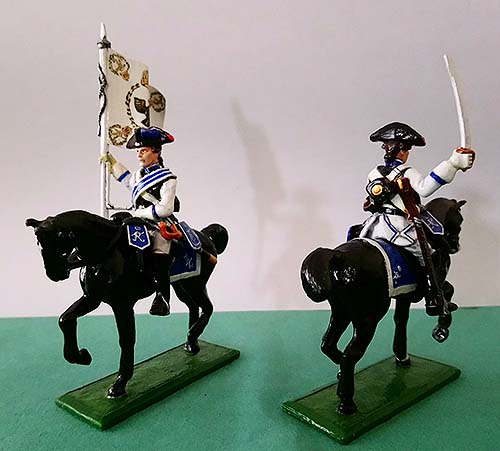 Prussian Cuirassier Kit.  One figure has been converted to a trooper with raised sword and slung carbine. 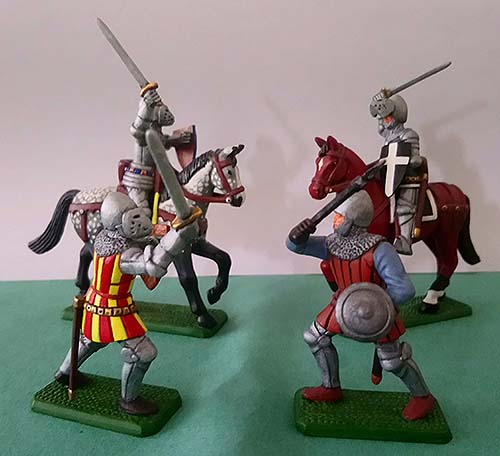 Knights...  some with home made-shields. 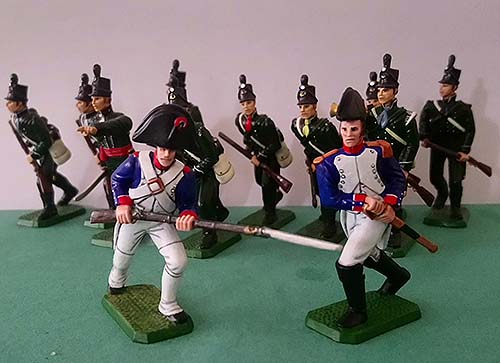 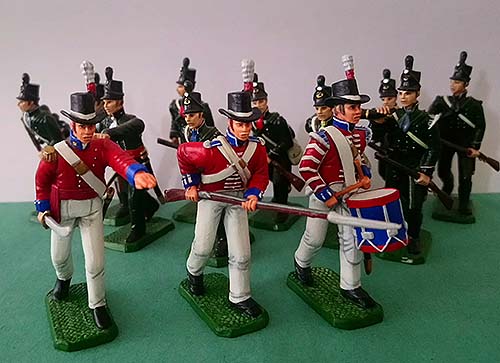 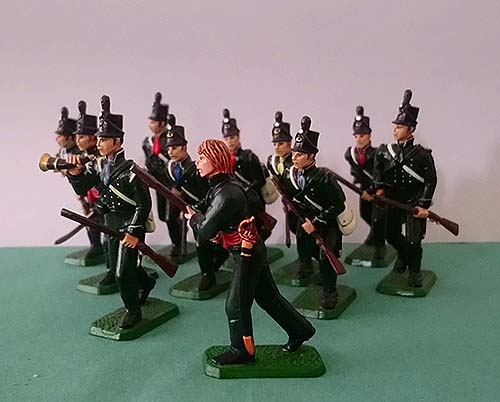 The Rifles featuring "Mr Sharpe" - some Milliput and a vast supply of patience were required for Sharpe.