Project: General Division at 1806.
I wanted a general ancillary unemployed for my soldiers because my Napoleon may not in every corner of the display case at the same time to be with his children almost impossible victory against his worst enemy dust from the land to win.

Once the idea in the head form, I had to work…..
First, I looked at my forms viewed what ware everything to use.
The decision was not difficult as far as the lower body covered: feet and buttocks of Napoleon form for the upper body, it was not so easy, I had to first study the characters properly because I wanted so from a foot a tab character.
There must be a very high triple for the invention of modeling clay.

This made me an impression of the officer I for the best approach to the reconstruction held.
It was very unusual for me, but now I know the weight of my characters, Upper body with a lower body glued, sanded and about (how easy matter with the modeling clay to the Tin) after drying, the left arm away and the coat with Milliput (modeling clay) applied, and in my opinion, a natural shape.
The buttons were two-component adhesive positioned.

The Epaulette come from my accessories, the Aiguillette from a thin wire braided.
After the arms were first attached, and then his sash with Milliput modeled on.
Recently, his sword and the head added. The hat still got his spring jewellery also from modeling clay.
The figure consists of the Moulds PA80-14 for the upper body and PA80-18 for the lower body. The horse is original.

The painting:
If only with oil paints.
Final word:
It was a new experience for me, probably costing some nervous but very educational realm for my future projects. 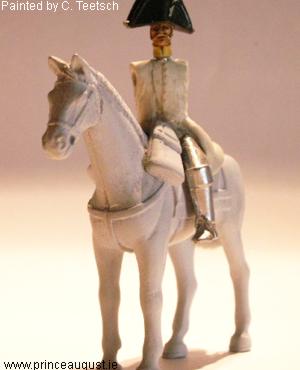 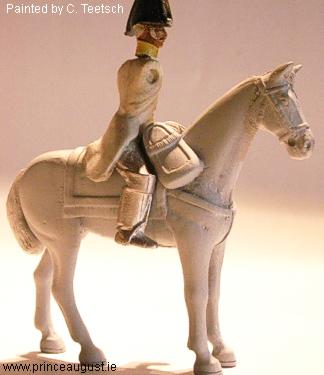 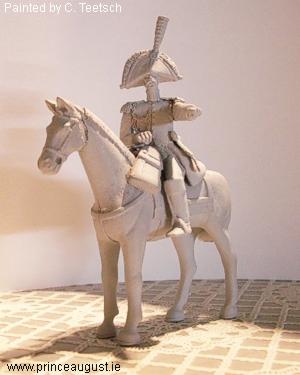 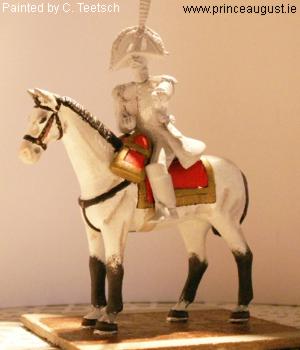 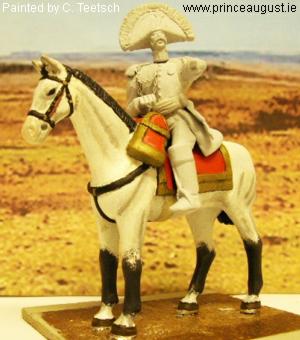 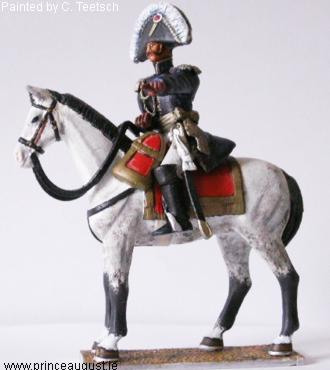