Soldiers' represented are from Rgt. Desportes of Savoy (Piedmont) Army in 1706 with colonel flag. 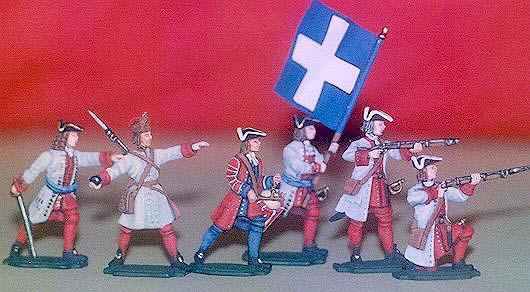 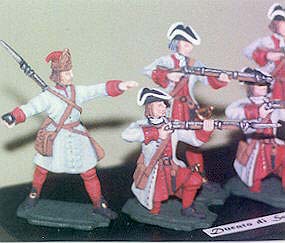 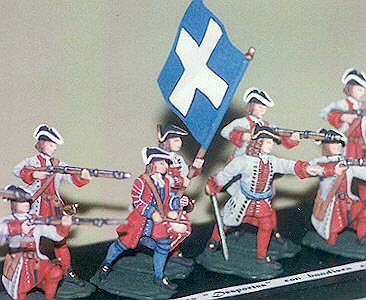 Rgt Desportes was a foreign regiment in Savoy's army. It also had German and Swiss regiments. One of the regiments was composed from Irish soldiers, its name was "Chablaix" and when it was disarmed in 1703 by the French, most of the soldiers went to French regiments and some escaped and were joined to the Guards regiments. There is some historical evidence (a note written from the sovereign Victor Amadeus II) that a soldier named Jack Bolzer (Irish) who took part in Turin's battle in 1706 as part of the Guard's regiments fought with honor and skill. These Irish soldiers probably came from the Wild Geese who, spread in Europe at the beginning of the XVIII century.