These are the first figures produced by Prince August originally designed for plaster moulds. The figures were initially carved out of wood and still retain some features of a wood carving. The soldiers are 1958 Swedish Soldiers. These were designed by Holger Eriksson, one of the most regarded toy soldier designers of that time.

Eriksson had designed soldiers for Authenticast from 1944 to 1950 and for S.A.E. up to 1958 when he started designing figures for Prince August. Eriksson's figures have his "HE" mark. 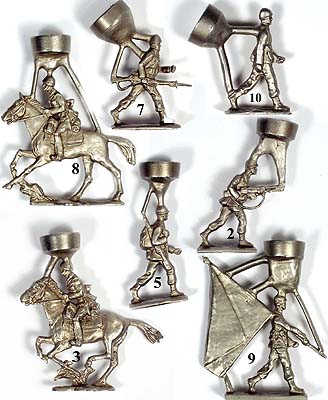