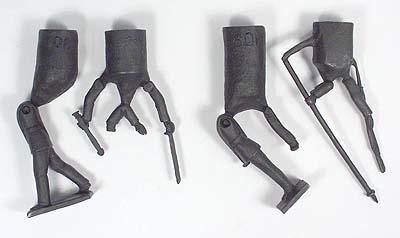 Tools to make the moulds.

The Regimental flags of "Royal" regiments were always blue and regiments with white facings had a St. George's Cross (red) on their white flag. The one regiment which is an exception to this rule is the foot guards whose sovereign's colour is crimson and whose regimental colour is the "Union Flag" with badge and battle honours.

This product is not suitable for children under the age of 14.